GeoPoll is a mobile survey platform which reaches citizens and beneficiaries across Africa, Asia, and the Middle East. GeoPoll works across sectors including economic growth, agriculture and food security, global health, governance, and media. See past work by sector. 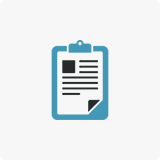 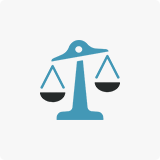 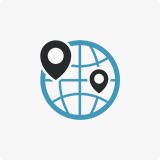 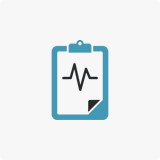 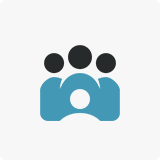 Past Work by Sector

World Food Programme: GeoPoll has worked with the World Food Programme since 2013, when they utilized GeoPoll surveys to pilot remote data collection as a mode of collecting vital data on food security indicators. Due to the success of initial projects, GeoPoll and the WFP now have a long-term agreement which allows WFP country offices to easily work with GeoPoll to collect food security data. GeoPoll and WFP have administered surveys in Sierra Leone, Guinea, and Liberia following the Ebola outbreak, in refugee camps in Kenya, and in Malawi and Zambia. To learn more about our work together, read this case study:
Full case study

USAID FEWS NET: GeoPoll worked with FEWS NET to identify and survey a panel of market traders in Sierra Leone and Liberia. Regular surveys were used to determine market operability and market prices during and after the Ebola outbreak.
Full case study

USAID DCA: GeoPoll has conducted multiple studies with USAID. In Nigeria, GeoPoll reached a sample of 750 in 15 states of Nigeria who worked in the agriculture sector and had the ability to take out loans for their business. This allowed DCA to understand how to better distribute loans for agriculture.
Full case study

Gates Foundation: GeoPoll has worked with the Gates foundation to assess knowledge of Genetically Modified Organisms and their usage among Kenyans.

State Department and Global Entrepreneurship Network: In the days before the 2015 Global Entreprenurship Summit in Kenya, GeoPoll reached 1,000 entrepreneurs across Africa to determine the challenges they face and what programs could improve their businesses.
Full case study

Energy and the Environment

USAID DCA: In Kenya, GeoPoll surveys allowed USAID to explore the ability of Kenyans to finance the costs associated with connecting to the electric grid.
Full case study

Elephant Energy: GeoPoll conducted a needs assessment and follow-up survey to determine the usage of distributed solar lights in the Democratic Republic of Congo.

UNDP MyWorld: GeoPoll was a vital partner in UNDP’s MyWorld Initiative, reaching over 130,000 individuals across several countries in Africa to determine the issues that matter most to them and help shape the Sustainable Development Goals.

UNDP Tanzania: Following the announcement of the Sustainable Development Goals in late 2015, GeoPoll conducted a mass-messaging campaign to educate Tanzanians about the SDGs which reached over 85,000 respondents in just 1 day.

The World Bank: In the first mass survey ever conducted by mobile phone, GeoPoll reached nearly 150,000 Congolese people and asked them about topics including violence and development for the 2011 World Development Report on Conflict, Security, and Development.

Management Sciences for Health: MSH used GeoPoll surveys to track uptake and use of insecticide treated nets to prevent malaria in 13 counties in Kenya with a high prevalence of the disease.

Social Impact: Using mobile surveys as part of an effort to engage Ebola survivors and help them reintegrate into communities.

IMA World Health: GeoPoll and IMA World Health utilized mobile surveys to reach parents of children under the age of 2 and assess the knowledge of proper nutrition efforts and healthcare to prevent the high prevalence of childhood stunting in Indonesia.